How Brands have Successfully Appealed to Gen Z

While it’s hard to get people to agree on almost anything anymore, one universally accepted truth has been that 2020 was a crazy year and one of many firsts. But perhaps one less noticed among mainstream media is the growing influence Generation Z is beginning to have.

While that doesn’t necessarily apply to the younger end of the Gen Z spectrum, the older side has now just entered or is about to enter the job market. What relation does that have to with growing influence? Well, for recent graduates or new employees, that means an expansion of their spending power that had already been growing significantly in the past three or four years. According to Business 2 Community, a site that publishes articles from some of the top voices in various business industries, Gen Z’s current spending power is over $143 billion. That’s a sizable portion of the global economy that will increase in the short and long term future, forcing brands to evolve how they market to the technologically savvy generation.

And because of Gen Z’s seemingly never-ending presence on social media, brands have not only shifted where they advertise but also how they curate their images. Below are some examples that illustrate how this trend has taken place in recent times.

Importance of Brand Values to Consumers

McKinsey's study found that, among other takeaways, Gen Z is generally more idealistic than its preceding generations. As a result, Gen Zers are far more likely to remain loyal to brands that strongly appeal to them and avoid those that do not. This dynamic is perhaps best embodied in the example of Instagram versus Facebook.

With Gen Z consumers much more likely to purchase goods online, both Instagram and Facebook have implemented merchandising aspects to their respective platforms. And yet, despite Facebook owning Instagram, a Morning Consult survey of Gen Z’s favorite brands found that Instagram was Gen Z’s 15th favorite brand, while Facebook was nowhere to be found on the list. While the companies are intertwined and seemingly would have similar levels of appeal, Facebook has been swamped in controversy and negative press in the past five years. In contrast, Instagram has tended not to make headlines for the wrong reasons.

A more positive example from a smaller scale of a brand can be found in comic book publisher Devil’s Due Comics' success in selling its Alexandria Ocasio-Cortez-themed comic. Associating with Ocasio-Cortez, who is especially popular among Gen Z, displays how effective appealing to popular values can be in driving sales. And as Devil Due’s publisher Josh Blaylock told MarketWatch, he and his staff are “genuine fans” of AOC — adding important credibility to their product.

The Effect of Brand Influencers

By now, you’ve likely seen your favorite celebrities or Youtubers advertising a product through an Instagram or post. Given Instagram’s prominent spot on the aforementioned Morning Consult’s list, it is no surprise that 93 percent of influencer campaigns involve Instagram.

And per Marketing Dive, it’s almost a 50–50 chance as to whether a Gen-Zer has bought a product on the back of an influencer recommendation. Influencers like Florence Given have been able to combine advertisement with ideology as she’s successfully championed important social causes that are popular with Gen Z while also promoting brands and products she supports.

However, with so many influencers cropping up in the past few years, engagement with sponsored influencer posts can be sporadic for influencers without millions of followers, making brands use different platforms and methods.

While fashion companies have capitalized on Instagram’s strong female user base, Twitch has a predominantly male user base. Doritos, Gen Z’s ninth most popular brand on Morning Consult’s rankings, has sponsored widely viewed Call of Duty tournaments on the streaming platform.

Unlike Instagram, however, it’s interesting to note the variety of brands that have had success garnering followers on TikTok. While fashion companies like Burberry and Calvin Klein were quick to recognize the app’s potential, so were The Washington Post and Gymshark.

With Gen Z’s spending power certain to grow exponentially, it will be interesting to see what brands continue to do in their attempts to appeal to the digital natives. 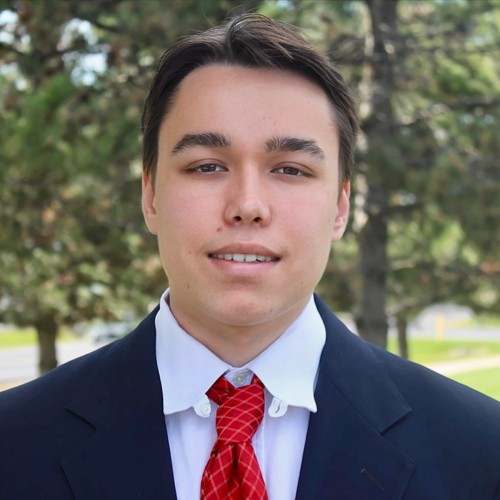 Alex Hamer
Alex graduated from Syracuse University in 2021 with a B.S. in Newspaper and Online Journalism. He's currently an earned media intern at Real Chemistry.
Want in on CLLCTVE?
Join the Waitlist
Thank you! Your submission has been received!
Oops! Something went wrong while submitting the form.
×