Genres are an integral part of popular culture, allowing us to discover and create tropes, preferences and give us an idea of what to expect of the worlds and stories we decide to delve into. Exploring these genres, especially the ones that are unique and emerging, can explain how to integrate their elements into our work or even figure out the direction in which our inspiration may be taking us. Genres and tropes, especially new ones, can breathe new life into ideas and take the creative mind on a journey of new twists and turns; and one of the best genres at twisting the mind is the genre of Gothic Fiction.

Gothic Fiction is a rather peculiar genre that has always fascinated many. A world away from realism and pragmatism, Gothic fiction is a unique genre that marries the macabre with the supernatural and an underlying, unexpected sense of romanticism. As a genre, its allure lies in its ability to combine multiple elements that create stories and worlds capable of filling audiences with an addictive, belly-churning tension in narratives that strike even the most dormant of emotional chords.

Perhaps as old as the mansions and ruins its tales are often set in, Gothic fiction’s origins are often traced all the way back to Horace Walpole’s The Castle of Otranto, which was published in 1764 — long before any of us even stepped foot on this earth. With a mixture of supernatural forces and breathing life into things that should remain otherwise, Walpole began to craft the genre by using these devices to strike fear and unease within the audience — a compelling feeling that both leave us endlessly curious and yet terrified to learn more. During the era of Romanticism that followed, writers began to inject emotional undertones into the narratives, creating Gothic fiction streams that divulged more of the inner workings of the heart, instances such as the famous works by the Shelleys. Slowly, significant elements were added into the mixture as poignant characters like Vampires — think Bram Stoker’s Dracula or Polidori’s The Vampyre — were made into common genre fixtures. As science began to integrate itself into society, novels like The Strange Case of Dr. Jekyll and Mr. Hyde began to, once again, find ways to marry the gothic with elements of the contemporary world. The genre today is perhaps not as prolific in literature as it was in times past, but it lends elements of itself to multiple forms of storytelling in the media today, be it in set design, world-building, characters or narrative structure.

When people first discover the genre, there can be quite a lot of confusion, because it seems like it’s neither really here nor there. It’s chilling but not quite horror. It borrows elements of the supernatural and fantastical and yet doesn’t quite plant both its feet in either trope. It seems like a genre that shouldn’t make sense, lending itself to a myriad of unusually cohesive elements, yet it delivers potent, distinctive narrative tales. However, some elements tend to be quite uniquely associated with its distinctive style.

One of the main elements that allows this genre to become as immersive as it often is is the atmosphere and setting. Often gloomy, set in victorian periods (think Frankenstein) or in towns spilling with untold secrets and morbid histories, the genre thrives in introducing viewers to an exploration of the unexplained. Whether film or literature, omens, signs and foreshadowing are also applied to the narrative, building a sense of anticipation that can often leave us breathless. Supernatural creatures, whether ghosts of girlfriends past (and not the rom-com kind) or vampires (again, ones with tastes far more sinister than twilight) and inhuman discoveries also involve themselves in the extension of the unknown. The genre truly thrives on the element of unease. Yet, there is sometimes a magical, romantic element that creates a diversion from the path of horror, in the form of heart-wrenching narratives and tales of tragedy and love that distinctly subjugate fears with a sort of human melancholy and intrigue.

In Media and Popular Culture Today

As aforementioned, the genre well and truly survives today, despite taking a backseat to some more dominant genres that are deemed more applicable and current in today’s world, far beyond that of old castles and haunting tales. However, it has definitely taken on more forms not completely alike its predecessors (just watch all the re-imagined Frankensteins). In the film, del Toro’s beautiful but terrifying Crimson Peak was a visual homage to the genre's oddly morbid beauty. A well-known engager of the genre, Tim Burton’s Corpse Bride and Frankenweenie created cult animations that unexpectedly merged the adult themes with children’s imagery. However, it is also needless to say that countless productions such as the popular Vampire Diaries and American Horror Story have all given nods to elements of the genre throughout the course of their runs.

The beautiful thing about this genre is that despite its roots' origins, the elements can easily be recreated and explored in a variety of different settings and scenarios, evolving to adapt to their times just as it did in the past. Gothic Fiction is a genre born from incorporating elements that were traditionally disparate. Modern Gothic Fiction continues to develop this, bringing in elements of culture and variation that provide creators with the space to expand upon tropes and add touches of originality. Last year, it was announced Moreno-Garcia’s popular Mexican Gothic books series are going to be made into a television series, giving the Latin American author a chance to present her personal take on the genre for wider audiences to enjoy. Whilst remaining faithful to its visual and immersive appeal, it seems like more and more creators are adapting and being selective of its distinctive elements to appeal and relate to current audiences.

As the genre is non-confining, with no black and white rules, it’s certainly creating an outlet for creators to experiment and form intricate snapshots within all sorts of mediums that perhaps unlock emotions less explored in our ordinary lives. Apart from the elements of escapism and the intense emotional connections this genre provides, its symbolism and intense, sometimes haunting explorations into the human psyche also have the potential to trigger deep interpretation and reflection as we engage with them. Truly a genre born out of creativity, it reminds us that things do not always have to make typical sense to us for there to be meaning. 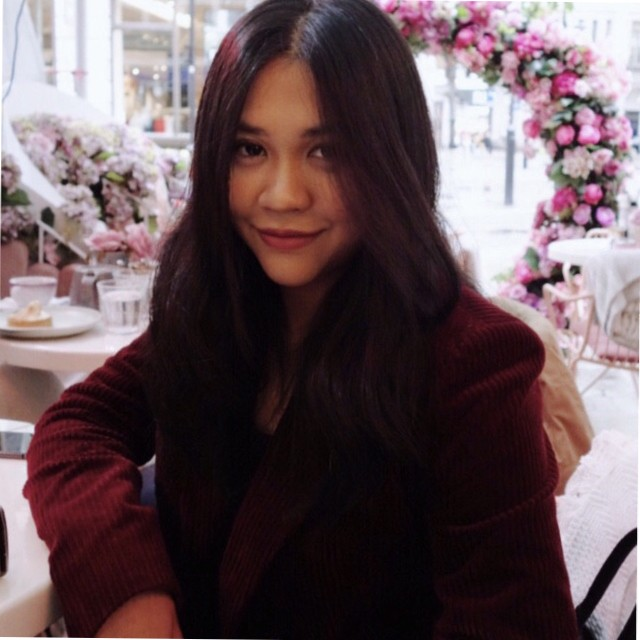