CLLCTVE, the portfolio platform connecting creators to their next opportunity, and Blackstone Charitable Foundation, the world’s largest alternative asset manager helping companies solve problems, joined forces to host the Tulsa Juneteenth Festival Black Tech Panel on Friday June 17th at 4pm. With Blackstone Charitable Foundation as the financial sponsor, the event will be hosted by Atento Capital at 109 N Detroit Ave, Tulsa, OK 74120, and will be followed by a happy hour to give attendees the chance to mix, mingle and sip on refreshments.

The Black Tech Panel will feature renowned Black business owners who have served thousands of customers and raised over $20M in venture capital across the country. Speakers include moderator Dayanna Torres, Director of Blackstone Charitable Foundation, and panelists Kelsey Davis, CEO and Founder of CLLCTVE, Josh Aviv, Founder and CEO of SparkCharge, and Shawn Gaetano, CEO and Founder of Solace Vision. All alumni of Syracuse University, the three panelists have raised a combined $25 million.

“The LaunchPad is excited to support this event showcasing inspiring Black founders such as Syracuse University alumni Kelsey Davis, Josh Aviv and Shawn Gaetano who launched their successful ventures with the support of the Blackstone LaunchPad and Techstars ecosystems," said Linda Dickerson, Executive Director of Blackstone Launchpad. "Moderated by Dayanna Torres, director of the Blackstone Charitable Foundation, also a Syracuse University graduate, this will be an engaging conversation with actionable ideas about how to leverage resources to catalyze innovation in life, career and community.  Kudos to CLLCTVE for driving partnerships, empowerment and entrepreneurial spirit that are at the heart of a new economic boom in Tulsa.”

After the panel & some live Q&A, attendees will get the chance to mix, mingle and sip on refreshments at our happy hour social.

“‘The legacy of Black Wall Street presented opportunities for entrepreneurs 100 years ago in the name of freedom. They had an ecosystem. Belonging. Economy. My mission is to reignite that alongside the work that’s already happening here,” said Kelsey Davis, Founder and CEO of CLLCTVE.

The panel will be part of the larger Tulsa Juneteenth Festival, from June 16-19th, designed to help identify systems, structures, policies, and/or gaps that are in place that widen the economic gap for Black Americans. CLLCTVE is honored to participate in the festival with a number of events surrounding Black entrepreneurship, empowerment and community engagement.

Register for the Panel

Prior to Blackstone Dayanna held roles as a consultant and worked with communities to develop new partnerships and investment solutions that are responsive to unique needs of underserved neighborhoods. Her experience includes forming part of the inaugural partnerships department at the New York City Economic Development Corporation (NYCEDC), leading projects aimed to spur inclusive economic development and talent pipeline solutions for the city’s high growth industry investments, city assets undergoing Land Use Review Procedure (ULURP) and company expansions. Earlier in her career she held roles managing economic opportunity partnerships on behalf of public housing residents and in student success programs on college campuses. Dayanna is from the Bronx, New York and holds her bachelor’s and a Dual Masters degrees from Syracuse University.

Founder and CEO of SparkCharge

Joshua is a certified Data Scientist and the Founder & CEO of SparkCharge. His experience in entrepreneurship and startups spans over 8 years and he is a dynamic figure in the cleantech community and was named to Insider’s 100 Business Transformers list and AfroTech’s Future 50. Joshua was featured on Shark Tank, winning partnerships with both Mark Cuban and Lori Greiner, and has previously won the world’s largest pitch competition, 43 North.

Founder and CEO of CLLCTVE

Kelsey Davis is the Founder/CEO of CLLCTVE, a portfolio platform connecting creators to their next opportunity. Based in Los Angeles, CA, her technology startup is fueled by partners like Google and Techstars. Prior to CLLCTVE, Davis produced visual content for global consumer brands like Coca Cola, Land Rover, and Puma, and worked for Conde Nast Entertainment and Uniworld Group in NYC in ATL. Since graduating from Syracuse University with a BS in Television, Radio, and Film ('19) and MS in Entrepreneurship ('20), Davis has already been featured as a next-gen leader in Forbes 30 Under 30, Adweek, and the NYTimes.

Founder and CEO of Solace Vision

Shawn Gaetano is the founder and CEO of Solace Vision, a no-code Metaverse creation tool. Shawn graduated from Syracuse University in 2021 with a Bachelor's Degree in Information Technology, which he accredits to helping him achieve his current success. While at Syracuse, Shawn was the Director of the NEXIS Technology Lab, where he created Solace Vision during his sophomore year. He was also heavily involved with the Blackstone Launchpad at Syracuse, which helped him turn Solace Vision from an idea into a venture-backed technology company. Solace Vision has recently graduated from the Techstars Music Los Angeles 2022 cohort, and is currently developing their technology which enables everyone to become a creator in the virtual world.

About the Sponsor, Blackstone Charitable Foundation

Founded in 2007, the Blackstone Charitable Foundation creates programs that enhance entrepreneurial ecosystems. By leveraging the resources and intellectual capital of Blackstone, we empower entrepreneurs, create an environment where careers can flourish and support the communities in which we live and work. 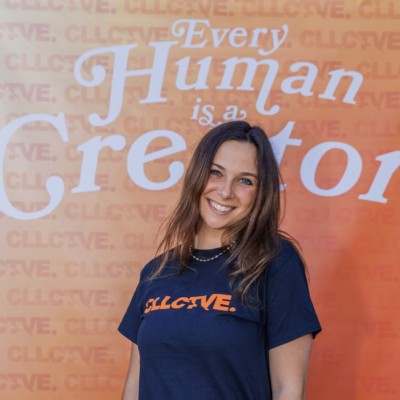